Interview: Exclusive mix and in depth interview with the diverse music producer Lewski 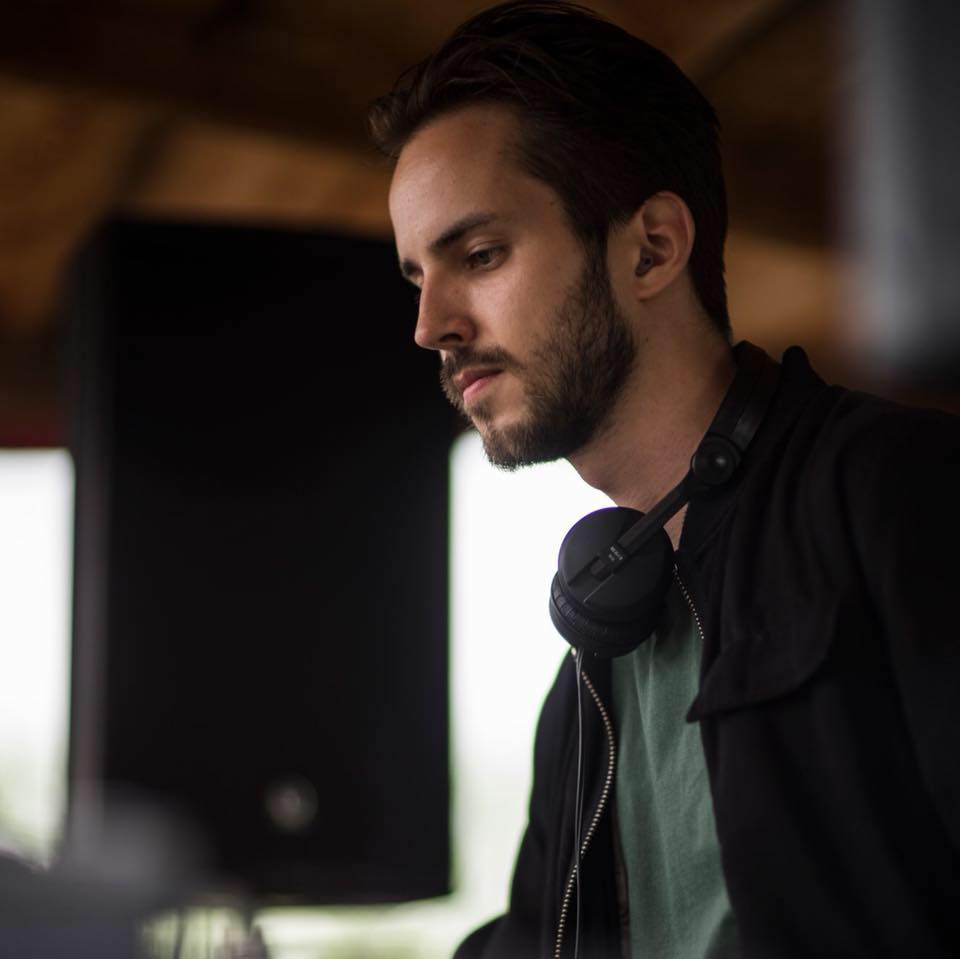 “It’s really hard to think about a life without art.”

Lewski has infiltrated the electronic music scene with his style of techno and live performing skills. Patron Records supported his released which caught the eye of several international artists. Ben Ufo, Danny Daze, Stingray & Umwelt are all up on arms over Lewski’s work and it’s easy to see why.
He curated a masterful 55-min mix including his own original music from his brand new EP Folkloric Human that was released via Wolfskuil Records. The mix also contains the likes of  Andrea Parker, Sarin, DefekT and many more. The mix is sure to keep you going for a while as it includes techno, house and all the best electronic music you need to know about.

We had a sit down with dynamic techno producer and DJ, Lewski about how he approaches the creation of a new song, his influences and being patient with your own skills.

Set the tone for us. Why the arts?
It’s really hard to think about a life without art. It has always been inside me to create and to share my expression with art.

Which comes first when you’re producing – the sound or the idea?
The thing that comes first is the sound. After gaining experience by listening to a lot of electronic music and go out clubbing, I can easily hear and see the whole idea playing there before my eyes, if I hear a good sound.

Does your material feature any collaborations?
My first and second EP on Wolfskuil Limited is all solo work. I even recorded my own voice for the track “Erebus”. My voice without effects on it sounded really crap.. But I’ve used a lot of plug-ins to get a kind of vocoder sound.

What’s on your current playlist?
Listening to a lot of electro minded stuff lately like: Stingray, Simulant & Silicon Scally; funny that all the names I just mentioned starts with an S. What’s in a letter, right? 😉
But with the nice weather outside I like to listen to Reggae, Italo & Afrobeats like Tony Allen. 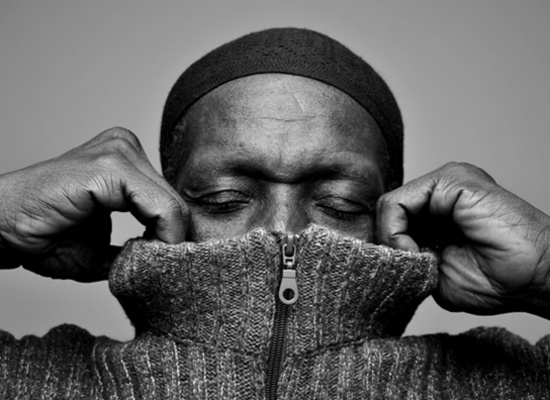 Tell us about the chemistry you have with your fans on stage.
Lewski’s perspective on performing as a dj is all about finding that perfect moment and choosing the right frequencies in a room full of people to make them feel in a specific way, and forget about their problems in life. So I just love to see everyone in the same state of mind and just enjoying themselves!

What techniques do you experiment with to get your original sound?
I’m always on the lookout for failures or mistakes. I try to get the most out of one layer or one synth or one drum machine.
When you process an 808 on a very different and weird way for example, it will automatically sound more “original”. I resample and shape the sound so much that it will fit perfectly with the rest of the track. After that I always forget how I did it haha. But that’s the way I like it because it was in that particular moment and vibe and so you can’t tweak it anymore. You just need to accept that it is part of your track. So by experimenting with Fx plug-ins, pedals etc, I can get a signature sound out of it.

What is a day in your recording studio like?
I like to work at different locations. Not only in the studio with my laptop. Sometimes I’m working with crappy speakers in my bedroom or in the train or at any other place. Since a few months I finally got some gear, so when I’m in the studio I start with them first. If I already made a project outside the studio and I miss a layer to fill the track, my gear in the studio will solve the problem almost every time. For me it’s really important to take a lot of breaks to get any further with the project. I need to keep my ears fresh and not constantly hear the loop all day long. When I’m very productive, I get it on my private Soundcloud asap with random artwork and a name so I will instantly see the result. So when I take a walk through the city center, I can quickly listen if this track can work or not. Luckily all my roommates are making music. When we cook diner, someone is plugging his laptop on the sound system in the kitchen to give a teaser and eventually we all go for a listen in the studio and give each other feedback. 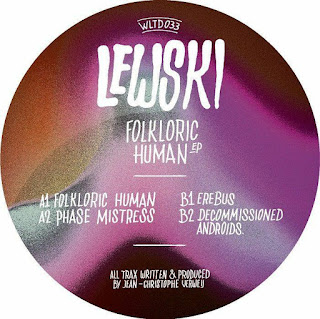 Was there a specific moment in your life where you thought, “this is what I want to do”?
The dance culture in Holland has always been very rich. I grew up with it. So at the age of 13, I was already a dj, but it really started to get serious in 2011 when I experienced my first rave. Since then I’ve played techno, house, electro etc. This was also the time when I started producing myself. That didn’t went well at first haha! I always wanted to see instant results, as soon as I’ve had finished a project. But then I noticed that it takes very long to develop any kind of skills in producing and especially making your own ‘signature’ sound. I’m now at the point that I can finally fill up one night with my own tracks. It’s also great to see that my music is released on vinyl these days and to see all my heroes playing them in front of the crowds. That gives me a lot of strength to go trough with this!!

What do you keep close by while you’re playing a set?
My earplugs can’t leave my home without them.

Any emerging artists on your radar?
Really hard to say.. A lot of good music is coming out lately. But I think Animistic Beliefs is really nice. They have a fresh electro sounding liveset! 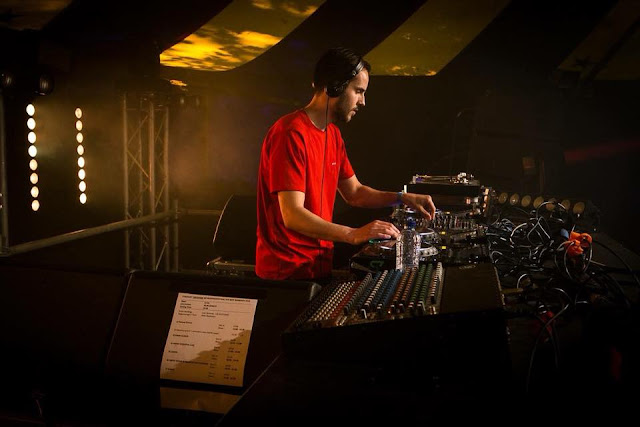 Take us through your collection of gear, tech or software that accompanies your creative expression.
You can easily get lost in making music. I usually want to keep my set-up simple. I’m sharing a studio with my roommates in our apartment. We have plenty of gear but like I said, I’m not using everything. Mostly I’m using my own stuff because i’m attached to it. My first synth is the Erebus of Dreadbox a semi-modulair. It is versatile, so I can make a lot of sounds with it. I’m using some fx pedals from Moog & Strymon to give a soft synth a more analog feel. I’m using Ableton as my DAW and the only plug-ins I use are from Arturia. I use everything from Soundtoys. And I also like to use FM8.

Any side projects you’re working on?
The main focus is my project Lewski. I want to make what I like and play out whatever is fitting that particular moment. For instance, when I’m playing alongside electro artists, I will play my Electro & Acid stuff. But last time I shared a stage with Joe from Hessle Audio and Efdemin (House set), so I’ve played House.
I hope fans and people will understand that I like to play other stuff as well.
Ofcourse I have side projects, but those projects are collaborations and that will come later.. maybe after a few years!

How have you refined your craft since you entered the industry?
I did a course at SAE Institute Amsterdam and I’ve just finished my school of Arts. But I’ve learned most of my crafts from friends that also make music. Since I live in Utrecht with other musicians, it went really fast.

What can we expect from Lewski for the rest of the year?
I’m going to play more, so a lot of debut gigs are coming! My second EP Folkloric Human is coming out on vinyl at Wolfskuil Limited. And my first international release will come out this year. Unfortunately I can’t tell you guys something about it yet. Details will come later :). Keep an eye on my socials!

Image credit: Klaus Pichler Pioneers of their craft, Austrian techno band Elektro Guzzi are worth getting to know, whether it’s ...