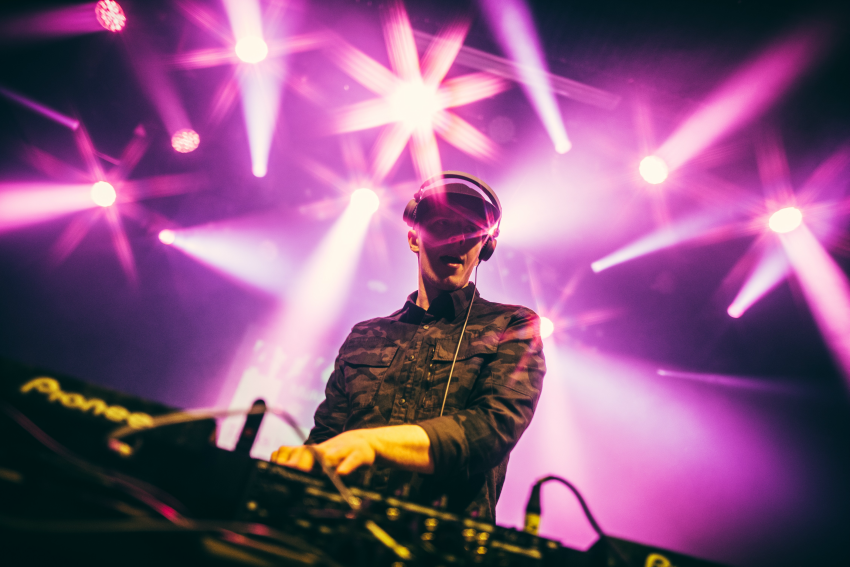 Youth Control Records marks 5 years as one of Finland’s leading independent dance music labels with the release of the forward-thinking compilation “Celebrating 5 Years Of Youth Control” on 7th February 2020. The celebration of a milestone usually triggers a retrospective collection, but the popular imprint is more interested in what’s to come. The compilation showcases seven new and exclusive tracks from Roisto, Rony Rex and Smok – successful artists who have been with the label since the early days – as well as introducing talented new artists who the team are excited to work with right now and for the future; CutWires, Y-DAPT, PHAST and FUNKYBEAT.

Youth Control’s boutique imprint and club nights have grown to take carefully unearthed talents to the world stage. Home to such artists as TJH87 (aka label founders, Timo Juuti and Hector 87), Roisto, Rony Rex, Birdee, Smok and Disco Despair; Youth Control’s consistent, high-quality releases have been supported by a wide spectrum of tastemakers such as Armand Van Helden, Steve Aoki, Richie Hawtin and Todd Edwards, all while receiving high profile radio plays on the likes of BBC Radio 1, Billboard, Sirius XM, Capital and Kiss FM. Youth Control tracks have featured in the Hype Machine Top 10 and quality compilations by influential labels and artists like Toolroom and Rasmus Faber. After five years in the business, Youth Control now looks to the future with a fresh collection of sounds for the year ahead.

Opening up this fine compilation is CutWires, who has remixed on Youth Control before but now makes his original track debut. He has been making waves since 2012 with his own unique fusion of house, electro, techno and pop on Herve’s legendary Cheap Thrills label, amongst others. His fantastic ‘Nonsense’ is a brain-frying groove with frazzled synths lighting up the track as a rolling bassline pulls the listener in.

Y-DAPT – also making his full label debut after previously remixing on Youth Control – is a mysterious figure who lets his arresting music do his talking. A self-proclaimed chameleon with a genre-defying style that is heavy on bass and breaks, he counts David Guetta as a fan thanks to his mix of classic 808s and timeless motifs. His contribution is ‘Dangerous’, a bristling track with punchy drum programming and low-slung bass. The whole thing is lit up by hands-in-the-air chords and is sure to make a huge impact in the clubs.

Next up is PHAST, a new project who impresses here with his first standout tune on Youth Control. His ‘One Night Wonder’ is a throwback house bomb with old school piano stabs and a creeping bassline that really builds the tension.

Then comes label mainstay Rony Rex, who has a new EP coming after this compilation and has served up many great tracks on Youth Control. Inspired by his homeland, his unique sound on “Milk It” drew support from Diplo and Don Diablo among others and was the soundtrack on Stella McCartney’s runway show in Paris. For the compilation, he offers ‘Surge’, a superbly atmospheric vocal cut with elastic bass darting about the mix and electric chords providing plenty of colour.

Smok was signed to Youth Control from the very beginning and is the alias of now label manager, Juha Moisala. He has an underground sound that has found favour on renowned Toolroom compilations like Deep House, Ibiza, and Poolside. ‘Soul Festival’ is a stylish deep house number with rolling rubber kicks and fantastic lead that really takes the listener on a trip to the cosmos.

Italian FUNKYBEAT first joined in 2019 as another mouth-watering new addition to the Youth Control ranks. The golden age of the 70s and 80s runs through his veins. As such, ‘Around Me’ is a timeless and feel-good disco track with dreamy vocals, funky guitar riffs and warm pads that sink into a hip-swinging groove.

Last of all, Roisto has been with Youth Control since day one where he’s produced some of the label’s most successful output, notably Youth Control’s second-ever release “Apart In Love”, and has gone on to pick up incredible Spotify play counts. His top tune ‘Trophy’ is a joyous, end of the night classic thanks to its lush sunset house vibes, serene strings and generally heart-swelling vibes.

This vital compilation is a fine snapshot of where Youth Control is at right now and is a promising vision for the future as the label continues to invest in the next generation and serve up high quality and innovative dance music for DJs and dancers everywhere.

No comments to show.

Image credit: Daniel Lima GONE has unveiled his latest single ‘Out Of Time’, which is set for official release on ...

At a time when global attention is focused on the ongoing COVID crisis, and the new dark chapter opened by ...

Nonchalant but groove-laden, MARIA Die RUHE’s single ‘Rejection’ is remixed by Martin Waslewski who brings out the “cold shoulder” element ...

Rhys Fulber is a Canadian electronic musician and producer best known for his lengthy (and ongoing) tenure with industrial standard-bearers ...

Techno temptress Nicole Moudaber is bringing her world-famous party concept back to Miami for the first time in three years ...

Image credit: CM Vision Listening to GONE’s sound, you can expect grace and skillfully executed techno. He has now shared ...