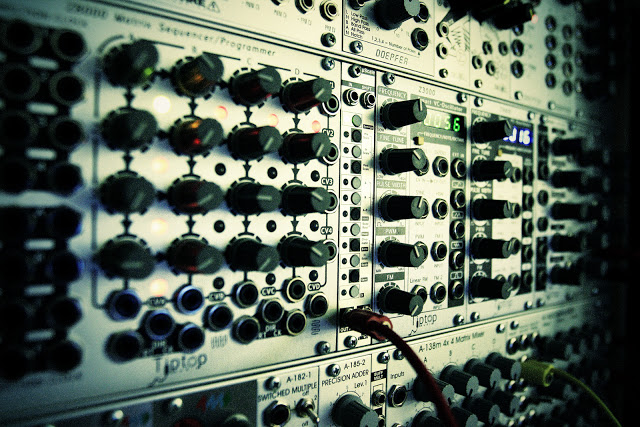 The world’s biggest musical equipment expo, the 2017 NAMM show, has come and gone, turning up its usual selection of exciting surprises and profound disappointments. So what new products are gearheads looking forward to in 2017?

With Roland not unveiling a single new hardware product at NAMM 2017, Dave Smith Instruments’ Toraiz AS-1, a tasty analogue mono synthesiser, was able to step in and steal the show.  Early indications are that the AS-1 is even more exciting than 2016’s Toraiz SP-16 sampler, but – of course – a premium price will be attached to these premium pieces of gear.

Although announced weeks before NAMM, Akai had the chance to unveil two new standalone MPC units, the MPC Live and the MPC X. The company have also release

In the weeks leading up to NAMM 2017, it seemed as if all the most interesting new music gear of the next 12 months had already been announced. However, despite the reveal of Akai’s MPC X sampler, Korg’s full-size ARP Odyssey reissue and Bitwig Studio 2 in the weeks leading up to the gigantic music trade show, there were still plenty of surprises when the doors opened on January 19.

While there were some typically high-end announcements, chiefly Dave Smith Instruments’ new REV2 synthesizer, it was boutique manufacturers like Teenage Engineering and modular companies such as Make Noise, Intellijel and Qu-Bit who were leading the innovation at this year’s show. This year didn’t feel quite as focused on modular gear as 2016, but it was clear that the enthusiasm for Eurorack is here to stay.
FACT was there to see the best new gear for ourselves, and we’ve rounded up the synths, drum machines and Eurorack modules we’re most excited about for 2017.

Despite putting on a flashy 360-degree live stream event, Roland didn’t announce any new gear at NAMM. With no new synths to show off, Roland left Pioneer DJ and Dave Smith Instruments to steal the show with their surprise Toraiz AS-1, an analog mono synth that’s even better than last year’s Toraiz SP-16 sampler.

It would be easy to dismiss the synth as an attempt to make a clone of Roland’s TB-303, but first impressions suggest it’s far more powerful and a lot more versatile. It’s basically a monophonic version of the Prophet-6, meaning you can get trance-style leads and powerful arpeggios out of it along with muscular acid basslines.

The AS-1 can easily hook up to a set of Pioneer CDJs for live sets, but it’s going to find itself in a lot of studio setups too. It feels sturdy, sounds like a jet engine and most importantly, seems intuitive enough for anyone to start making professional sounds within a few minutes of getting their hands on it. If you were left underwhelmed by Roland’s TB-03 reissue, this $499 box is worth a look when it lands in March.

If there was a prize for the prettiest new product of NAMM, it would go to Elektron’s Digitakt drum machine. Elektron gear always looks great, but the soft LED glow of the Digitakt is a real step up from the more utilitarian lines of its Analog Rytm unit.

Unfortunately, looks were all we had to go on at NAMM, as Elektron only had a non-working prototype on display, but the specifications suggest it could be a serious competitor to Roland’s AIRA TR-8 and Arturia’s DrumBrute when it’s released in April. It’s only digital, but the ability to upload samples could be enough to sway people that would rather have versatility over retro drum sounds or an analogue engine.

However, the Digitakt’s killer app could be its ability to sequence external MIDI gear. It’s something Elektron’s Octatrack sampler has been able to do for years, but the Digitakt is expected to come in at a very affordable $600. A hardware drum machine and sequencer  for such an affordable price will be very popular with anyone who wants to ditch their laptop. If it’s user-friendly, Elektron could have a big hit on its hands.

Bastl Instruments already has a reputation for small, innovative synths, but its latest device is set to be a breakthrough product for the Czech boutique company. It’s a sync box that converts line-level audio from a sound card into clock signals for CV-enabled synths.

The best thing about Klik is that it’ll even do this using a standard headphone out – ideal for anyone that doesn’t have access to an audio interface. For just €49, it will appeal to anyone with a modular synth, as shown at NAMM, where Bitwig Studio 2 was linked up to a Bastl modular setup via Klik.

Standalone synths that also fit into a Eurorack modular system are nothing new: Roland’s AIRA System 1m and Moog’s Mother-32 have offered the best of both worlds for a while now. But Malekko Heavy Industry’s three new units on show at NAMM suggest these hybrid devices are entering a new phase of innovation.

There was Manther, a synth inspired by Roland’s classic MC-202, Mr. D, a drum machine with the technology from Malekko’s Varigate module for adding a random element to sequences and Industrial Music Electronics collaboration BFF, a polyphonic/monophonic synth with four voices, each of which can be shaped individually.

Malekko only had non-working prototypes on show, but on paper, they promise to bring some of the fun of Eurorack gear fun into standalone boxes. If you’re tempted by modular but don’t have $5,000 to drop on a full system, these $600 boxes will give you a taste without breaking the bank.

Make Noise only had one new module to show off, but it’s probably going to be at the top of the list for a lot of Eurorack fans. Morphagene is a tape music module in the same vein as its Phonogene module, but with several improvements, the most notable of which is an SD card slot capable of uploading 87-second “reels” to the unit.

Morphagene also improves the granular processing for chopping up sound at a micro-level and adds a “morph” function, stereo ins and outs and a clock in. At $529 it’s not cheap, but hearing Make Noise taking a Pauline Oliveros vocal sample and layering it to create wild textures was enough to make us consider upgrading from the Phonogene.

Teenage Engineering’s quick and easy Pocket Operator series has proved incredibly popular since it debuted in 2015, but not everyone has been sold on their limited palette of sounds. The new PO-32 Tonic could be the unit that convinces more experienced producers to buy one for both making music on the go and in the studio.

Made in collaboration with Sonic Charge, the people behind the Microtonic drum VST, PO-32 Tonic is a tiny drum machine with a difference: it can receive new drum sounds via a built-in microphone, through a sound burst transmitted from your computer. The function makes it one of the most versatile drum machines you can buy for such little money.

From our time with the PO-32 Tonic, it sounds great too. It’s no match for an instrument like Arturia’s DrumBrute, but its data transferability could be enough to dethrone Korg’s Volca Beats as the cheap, portable drum machine of choice for budget-conscious producers.

Out of Intellijel’s massive 10 new modules on show, the one that caught our ear was Plonk. It’s a new percussion synthesizer made in collaboration with Applied Acoustic Systems, with physical modelling technology that sounds very convincing. Its resonator can make strings, beams, marimbas, hi-hats and more, has a USB port for uploading presets and a randomisation feature. If you need a drum module for your rig, Plonk looks like one of the most unique options on the market.